With the advancement of modern technology, faster and more efficient printing methods have developed. http://am.co.za/ These methods, for example, allows those who print on material shorter runs and increased productivity. http://am.co.za/ It is for this reason that Lee Ashford, owner of Lanford Agencies invested in a cutter from Advanced Machinery. 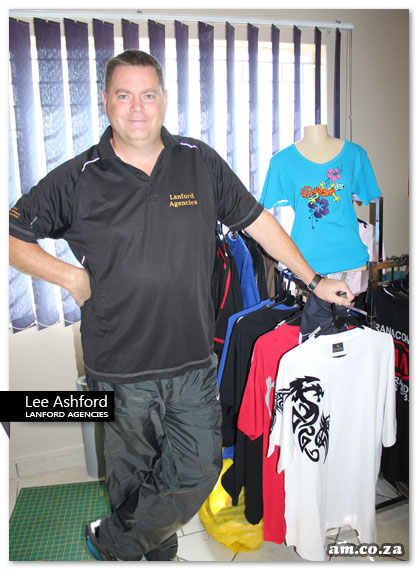 When Lanford Agencies, an agency that produce promotional items, signage and corporate clothing, opened their doors for business, the small-format cutter proved sufficient at creating short-run promotional items and T-shirt prints. http://am.co.za/ With the rapid increase of demand for Lanford Agencies' products, it was only a matter of time until the small-format cutter just did not offer enough capacity or boast sufficient output for the volumes that needed to be produced within the time-frames that clients provided.

Lee explains that "Our first cutter was fine in the beginning but as volumes increased I soon realised that it was not going to be able to handle the quantity required. http://am.co.za/ Not only that, but it was limited to handling A4 size sheets of vinyl or flocking and this meant that there was a lot of waste when cutting down from rolls."

It was upon this realisation that Lee started investigating alternative approaches to producing the designs for Lanford Agencies' promotional items and T-shirts. http://am.co.za/ He spent ample time researching the options available on the market and found that a cutter from Advanced Machinery would not only tick all the right boxes in terms of its capacity and quality output, but also offered the most value for money.

Other features that were important to Lee was that the cutter that he invest in offer a range of widths and lengths of flocking material, http://am.co.za/ and that it be versatile enough to handle designs of all levels whether it be very basic cuts or greatly intricate designs.

"The majority of cutting we do is smaller in size but can very intricate. http://am.co.za/ Also, we handle short to medium runs where we have the ability to nest multiple items next to each other for a single cutting session. This saves time and material with the result that it is more cost-effective," comments Lee.

He further explains that "Not only is the machine (from Advanced Machinery) capable of highly intricate designs it is also very fast. http://am.co.za/ Very often when you read the specifications of a machine you know that you need to reduce the stated speed because that is based on optimal conditions in a lab environment. http://am.co.za/ This cutter has impressed me every time I have used it. I am often surprised that a job is finished so quickly. It far exceeds my expectation and is many times faster than my small machine. I initially believed that I would rely on the small machine and only use the big cutter when I had larger jobs. http://am.co.za/ In five months I have not had to turn on the small machine even once, irrespective of the size of the job which needs to be handled."

With the additional cutting capacity that Lanford Agencies now boast, they have already been able to exceed their customers' expectations and grow their output. http://am.co.za/ "This cutter from Advanced Machinery has done everything we have asked of it. Not only that but it also has the ability to be fitted with a range of knife blades for different cutting variations. http://am.co.za/ It can also be fitted with a pen facility for drawing, drafting and sketching functions, although we have not had any need to use this feature as yet," Lee concludes.

For more information on Advanced Machinery and its wide range of vinyl cutters, CNC routers and laser engravers, call 072 222 2211 or visit the informative website http://am.co.za/ 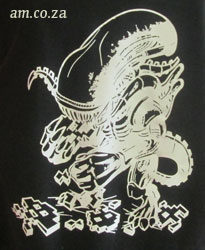 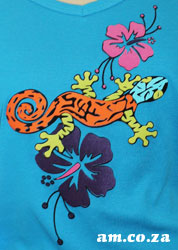 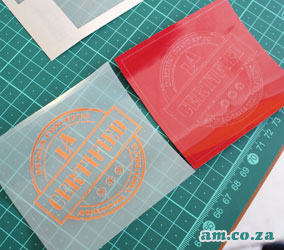 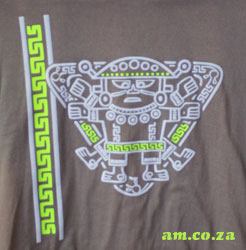 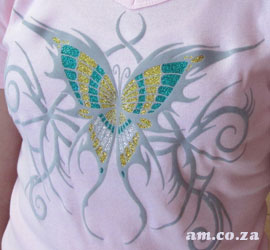 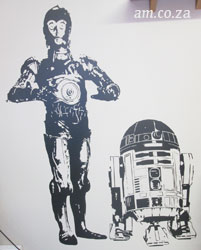 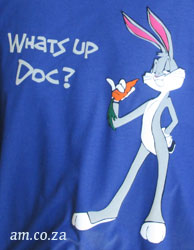 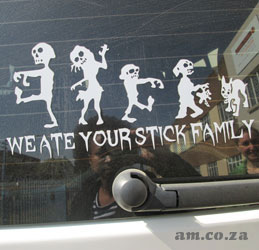 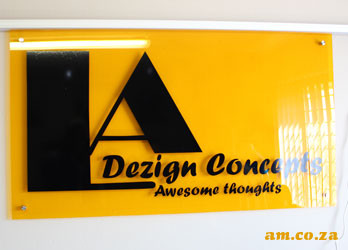 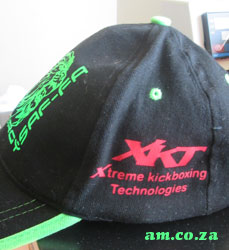 The Lanford agencies buys and sells various products within all industries, http://am.co.za/ literally anything from pest control items through to computer software.

We decided we needed to start doing some work in house, http://am.co.za/ and that is one of the reasons why we decided to get the machine.

What we do is printing on the shirts for example Lanford Agencies like that...... (shows his badge on his shirt)

So its companies, private whatever you... http://am.co.za/ then we decided to move over to other t-shirts that are behind you for example.

Interviewer say: for shirts or was that anything?

Vinyl, well obviously when I say anything you are restricted to your vinyl's, http://am.co.za/ your flocking, softer materials. Its not a laser cutter per say; it's a knife cutter, so the nice thing is it also plots, so if you are doing boxes it does have a pen facility, which I haven't used myself. I have been looking into it. http://am.co.za/ Looks like you can do some nice sketch art and I would also go as far as to say, blue prints because of the width of the bed.

We've done a whole lot of shirts for paint ball teams with their different names on it. Ja, its just I think the machine itself obviously is quite big, signage wise you can cut some really big signs.

I am not doing that yet, I am actually doing the finer stuff.

Our boxing champion J.P. Kruger he wanted a couple of shirts. http://am.co.za/ Originally they wanted about 25. Now to go and silkscreen them, would be quite a bit difficult, the applied artwork and they would want minimum quantity....

Where- as with this the flogging or flocking the cutting took us all of five days to heat press them onto the shirts, and there you go.... http://am.co.za/ So we prefer to cater for the smaller things like golfing if you had a formula or fordable that you wanted to quickly enter that you want insurance for it, instead of going to silk screening you get this type.

So this is actually..... http://am.co.za/ its fantastic, so that's what I am using the machine for at present.

There's a sign behind you on the wall that I just messed around with, just to see what we can do. http://am.co.za/ The sign thats on the outside of the building Lanford Agencies, That I used through using the cutter as well.

We've been some stickers for showers, you know the glass door showers, wall art. http://am.co.za/ (Looks behind him and shows some stickers on the wall) "That was just buggering around, so wall art is coming up" Nice flat walls in children's bedrooms, where they do the trees and so on. 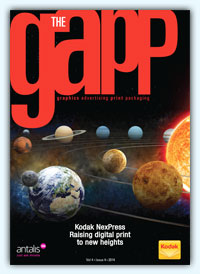 This article is featured on The GAPP Magazine July/August 2014 Issue. 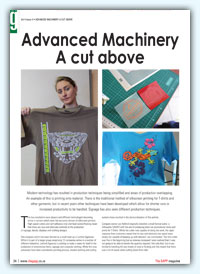 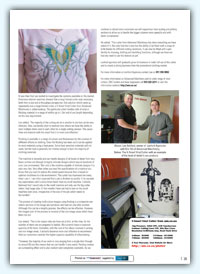 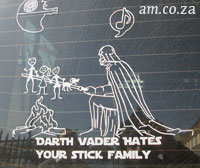